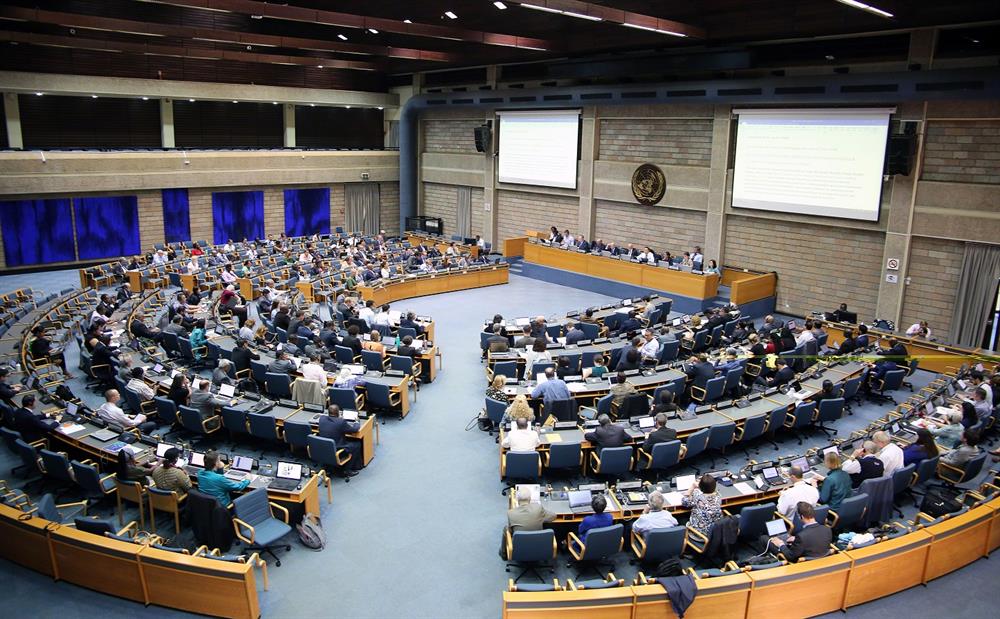 The open-ended working group on Global Pact for the Environment, established by the UN General Assembly, held its first session at the United Nations Office in Nairobi from 14-18 January 2019. Some 120 government representatives and 40 civil society organizations and specialized stakeholders, especially from the environmental law domain, participated in the meeting. The President of the General Assembly has appointed Amal Mudallali, Permanent Representative of Lebanon and Francisco Duarte Lopes, Permanent Representative of Portugal, as co-chairs of the working group. Both are based in New York.

The meeting discussed a report presented by the UN Secretary General entitled: Gaps in International Environmental Law and Environmental Instruments- Towards a Global Pact for the Environment. The evidence-based report identifies and assesses possible gaps in international environmental law, with a view to strengthening their implementation. The group has been asked to address possible gaps, and, if deemed necessary, propose the scope, parameters and feasibility on a unified international instrument which might bridge the gaps and facilitate enforcement by international courts.

The meeting agreed with the general findings of the Secretary General's report that there a need for general principles uniting various environmental agreements and legal instruments, to avoid fragmentation, provide clarity and coherence, thus facilitating the work of international courts and tribunals. Those bodies often stress the lack of international consensus concerning environmental principles, which are characterized by lack of clarity. Some delegates stressed the need to fill the gaps in each agreement, as the scope of work is different among the hundreds of multilateral agreements, conventions and instruments related to various environmental topics. This diversity, delegates argued, cannot be restricted to one universal instrument.

While recognizing the need to address individual conventions and agreements according to the specific scope covered by each, AFED Secretary General Najib Saab, who participated in the meeting, proposed a Universal Declaration on Environmental Principles, based on the Stockholm Declaration on Human Environment in 1972, enhanced by the Rio Declaration and the parameters set in the Sustainable Development Goals of 2015.

There was unanimous support at the meeting to assign the implementation of any Environment Pact which might emerge to UNEP, as the leading UN environmental body, and thus avoid creating an independent mechanism, which would create more conflict.

The Group will meet again in Nairobi in March 2019.