Home/Spotlight/AFED to present its annual report at conference in partnership with AUB: Preserving the environment protects human health 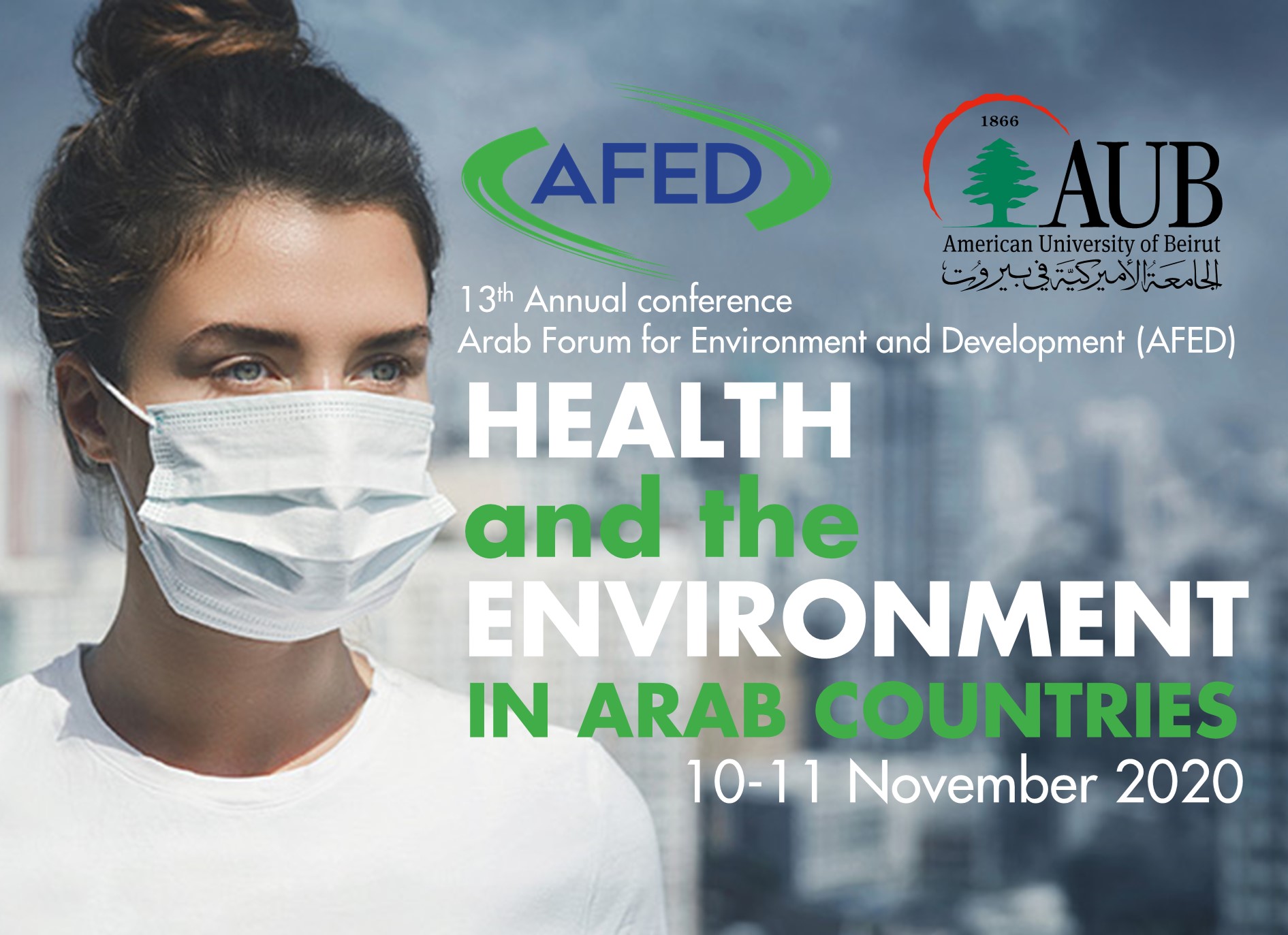 AFED to present its annual report at conference in partnership with AUB: Preserving the environment protects human health

Many epidemics and diseases can be prevented by managing environmental risks, which makes addressing the underlying environmental causes an urgent requirement. However, the relationship between health and the environment has not received enough attention to date in Arab countries. In response to this urgent need, the Arab Forum for Environment and Development (AFED) is currently working on its annual report titled Health and the Environment in Arab Countries, the 13th in its series of reports on "The State of Arab Environment" launched in 2008. The report will be presented in a hybrid conference, combining face-to-face and virtual sessions, to be held on 10-11 November 2020, hosted by the American University of Beirut (AUB), with electronic connectivity to hubs in other Arab countries.
This year’s report gains special significance at a time when the entire world is facing the catastrophic effects of COVID-19, which is largely due to environmental causes. While the topic of the report was chosen and work began on it before the emergence of the deadly virus, recent developments prompted the allocation of a large part of it to the environmental factors behind emerging viruses. The report, which will be launched during AFED annual international conference, aims to discuss the main environmental factors that affect human health in Arab countries, and to propose an action plan that leads to the comprehensive implementation of the health content within the 17 sustainable development goals (SDGs).
AFED is cooperating in the production of its report with a host of partners, including international organizations and major players in the environmental health domain in the region. Academic AFED members among universities across the Arab region played key role in developing the report. The core content partners are Faculty of Health Sciences at AUB, besides researchers from Arabian Gulf University in Bahrain, Cairo University and Alexandria University in Egypt. The report will also have major contribution from the WHO regional Centre for Environmental Health Action (CEHA). The seven chapters deal with the relationship between health, water, air, waste, climate change and ocean pollution, as well as progress and obstacles in achieving the environmental health targets of the SDGs.
Dr. Rima Habib, professor and chair of the department of environmental health at the AUB’s faculty of health sciences (FHS), coordinated the work of a large team of researchers at the faculty. Other participants include Dr. Amr El-Sammak, professor of marine geology at Alexandria University, Dr. Ahmed Gaber, Director General of Chemonics Egypt and professor of chemical engineering at Cairo University, Dr. Randah Hamadeh, professor of community medicine and vice dean for graduate studies and research at the college of medicine and medical sciences at Arabian Gulf University.
Speakers include Marco Lambertini, Director General of the Worldwide Fund for Nature (WWF), Dr. Fadlo Khuri, AUB president, Dr. Adnan Badran, chairman of AFED board of trustees and former prime minister of Jordan and Dr. Mike Ryan, executive director of the WHO health emergencies program. Speakers also include the report authors, who are among the most prominent experts working on health, environment and sustainable development issues in the Arab region.
According to Najib Saab, AFED secretary general, the report emphasizes that “the environmental impact on human health will become more critical in the future, as by 2050 it is estimated that 68 percent of the Arab population will be living in urban areas, often characterized by heavy traffic, polluted air, poor housing, limited access to water and sanitation services, noise pollution, besides other challenges.” Saab emphasized the pivotal role of universities in advancing knowledge about health and the environment, and applauded AUB for its institutional contribution to the report.
Dr. Fadlo Khuri, President of the American University of Beirut, said: “We are proud to be partnering with AFED to hold this unique and much-needed gathering of experts as we face the onslaught of multiple crises that have serious implications for the health and wellbeing of this region’s people and environment. As educators, scientists, and concerned citizens, it is our duty to do all we can to ensure a more equitable, sustainable, and livable world for our generation and generations to follow.”
For the first time since the launch of AFED annual conferences in 2008, this year’s report will be presented and discussed virtually via internet and social media. AFED previous annual reports and conferences covered the main challenges facing the Arab region in the field of environment and sustainable development, including climate change, energy, water, food security, environmental footprint, green economy, financing sustainable development and environmental education.
AFED Secretariat, Mr. Sadik Asaad, Tel.: +961-1-321800, E-mail: sasaad@afedonline.org