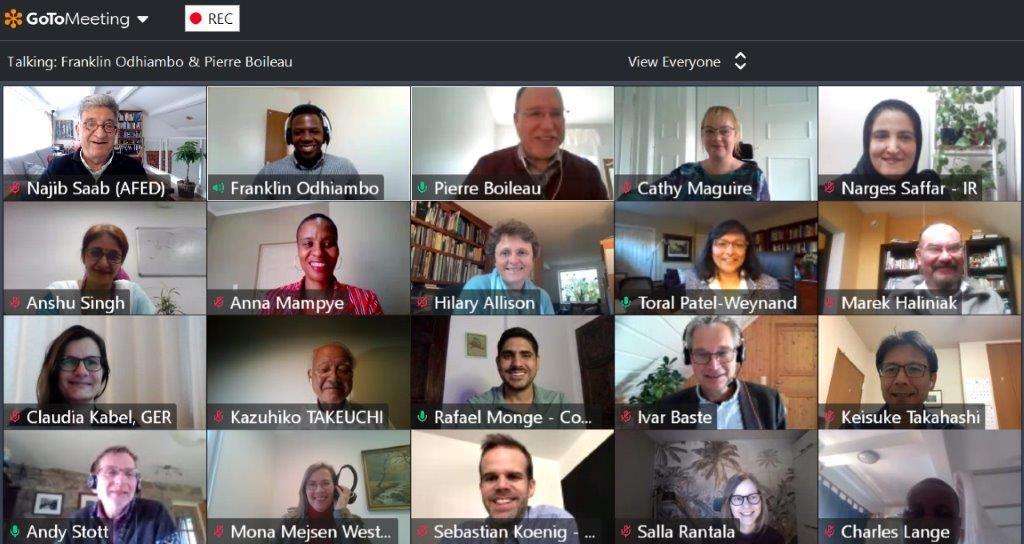 AFED at the International Committee on the Future of the Environment

The International Advisory Committee charged with developing options for the seventh Global Environment Outlook (GEO) report held its final meetings, in preparation for presenting its proposals to the General Assembly of the United Nations Environment Programme (UNEP). The proposals revolve around three options, ranging from a general assembly report, to a presentation addressing specific selected titles, to a detailed report issued every four years. The General Assembly will make its decision in this regard at its next meeting in Nairobi in March 2022.

AFED is represented in the committee by its Secretary General, Najib Saab, with the assistance of a number of experts participating in the forum's work. AFED had participated in editing and reviewing previous reports, as well as being a member of the higher committee that supervised the sixth report.

PHOTO: UNEP committee during its last meeting, with the participation of representatives from 20 countries.